Dalt Vila is the historical heart par excellence of the Ibiza Town and is hailed as the most important cultural and artistic site on the island. 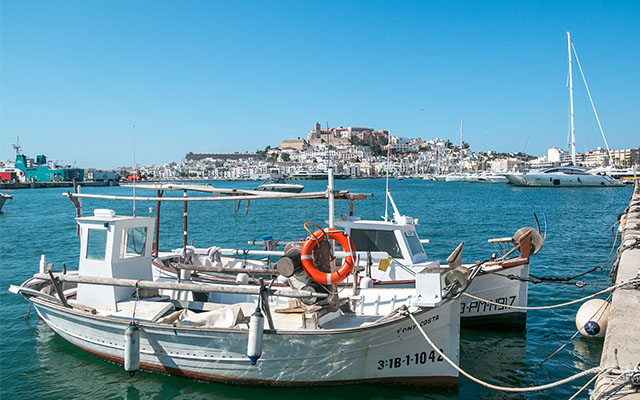 On 4 December 1999, UNESCO declared this walled neighbourhood from the Renaissance period a World Heritage Site because it’s the best-preserved fortress in the entire Mediterranean. The surrounding districts of Sa Penya, Es Soto, La Marina and the Necrópolis des Puig dels Molins were also included in the accolade, as they’ve been intrinsically linked to the old town throughout its history. Construction began around 1555 under the reign of King Felipe II and the works were led by the Italian-born engineer Giovanni Battista Calvi. 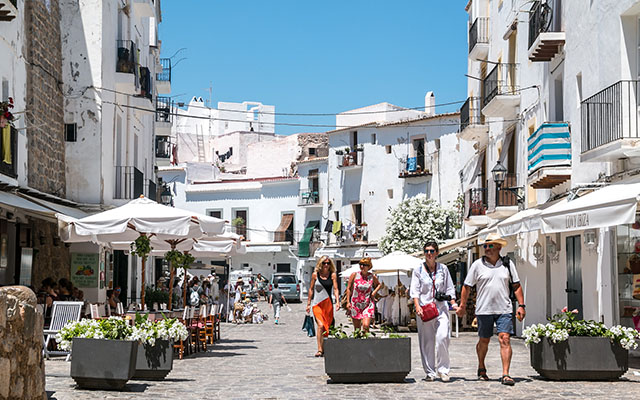 The main gateway to the historical site is the Portal de ses Taules, a drawbridge opposite the former market of Ibiza Town, in the district of La Marina. Every Sunday morning in the summer, there’s a market here selling local produce and handicrafts. This access is known as El Rastrillo and takes visitors through to a stunning parade ground and the Plaça de la Vila square. Dalt Vila and its walls feature seven bastions: Sant Pere (aka Es Portal Nou), another access point and next to the Reina Sofía park; Sant Jaume, home to a small interpretation centre about the walls; Sant Jordi, which still displays archaeological remains of the Muslim wall; Sant Bernat, which commands a spectacular view over Formentera and Ses Salines; and Santa Tecla, Sant Joan and Santa Llúcia. In fact, the latter houses the former arsenal of Dalt Vila that is now an exhibition hall, as well as another excellent vantage point with vistas over the port and Ibiza Town. 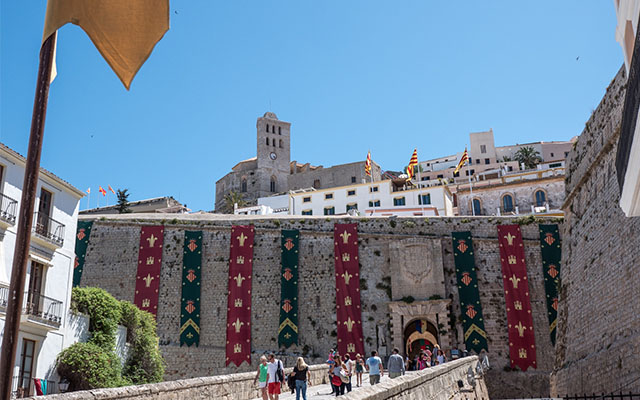 A truly unique setting hosting a wealth of fantastic events

Dalt Vila is the incomparable setting of the island’s most important artistic, cultural and social events held throughout the summer. These include the International Music Summit in May and the Ibiza Jazz Festival, which takes place at the end of August or start of September. And of course, the ever-popular Ibiza Light Festival, which bathes the bastions and facades of the walled city in a kaleidoscope of colours and light effects that are well worth seeing. Dramatised visits, live music concerts and a multitude of events also take place during the San Ciriaco fiestas on 8 August. Without question, the most significant event of recent years is the Medieval Fair, which takes place over three days in the second weekend of May and draws in thousands of people who enjoy strolling around the hundreds of craft stalls lining the winding streets and quaint squares of Dalt Vila. 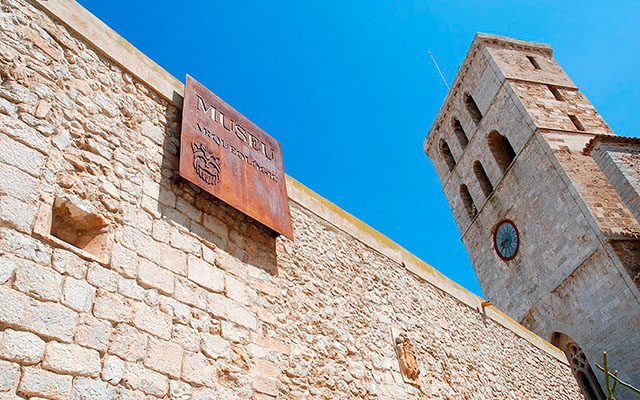 Culture also has its place in Dalt Vila.

The citadel has become a vast open-air museum home to some fascinating cultural sites. At the very highest point is the Gothic-style Cathedral, which houses the Diocesan Museum. Next door is the Castle and the former Governor’s House, currently being restored to become a Parador hotel. Meanwhile, in the Plaza de la Catedral you’ll find the Archaeological Museum. Following the route, you’ll reach the Plaza del Ayuntamiento and its surroundings, where you can visit the Church of Santo Domingo, the Convent of the Dominicans, Can Botino (seat of the local council), the Church of Sant Cristòfol, the Chapel of Sant Ciriac, the Puget Museum, the Madina Yabisa Interpretation Centre, the Casa Broner and the recently restored Museum of Contemporary Art. 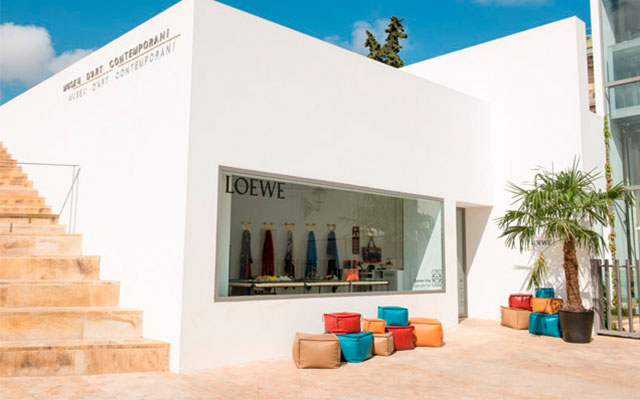 Dalt Vila is a pocket-sized town in itself. Its cobblestone streets and squares are brimming with authentic shops and boutiques, excellent restaurants serving different types of cuisine, trendy bars with a host of styles and atmospheres, relaxing terraces and fascinating art galleries. A cosmopolitan microcosm on the island of Ibiza.